Time to Pay Attention to the Influencer Behind the Curtain

Influencers are not “gurus.” They’re rarely even experts. They’re simply imperfect humans who are “faking it until they make it” while editing out any evidence of their flaws or problematic behavior.

Audiences have the power to make or break influencers’ careers, and we won’t let them forget it.

Content creators who are being given influence over our collective minds, bodies, and spirits should be expected to authentically engage and maintain transparency with their audiences and commit to keeping themselves, their communities, and their peers accountable.

Creators who are deserving of our follows must approach their platform through an intersectional lens by centering the experiences of their followers who’ve been pushed to the margins by systems of oppression.

Creators who want to show their audiences that they value humanity over follower counts, dollar signs, and damage control must be willing to publicly confront their biases and blindspots, own up to their mistakes, and take action to repair harm.

The age-old trend of blaming victims for all of our individual failings is coming to an end in favor of acknowledging & dismantling the real root of society’s ills—colonization.

Watch this space for ongoing resources or send us input on creating a collaborative Social Media Code of Ethics.

Check Out Our First Case Study 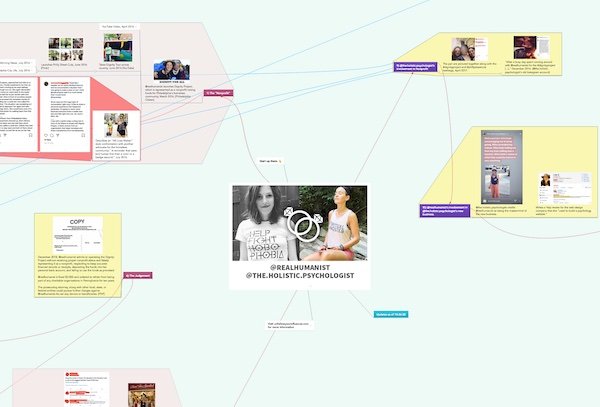